AsSeenOnTV.pro and Kevin Harrington Launch DRTV Campaign with the OPEP Device by AirPhysio 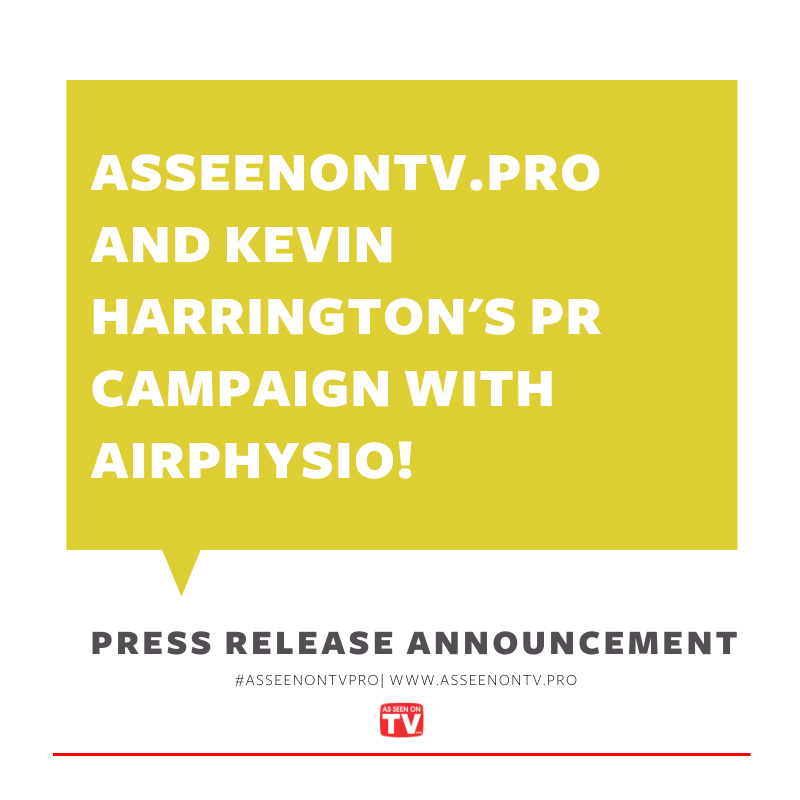 Millions of people suffer from respiratory problems, such as asthma and chronic obstructive pulmonary disease. Some natural therapy devices out there are outdated and not everyone with those conditions can use them. After consulting with those who have respiratory issues, as well as medical professionals, AirPhysio has created an award-winning Mucus Clearance Oscillating Positive Expiratory Device that helps improve your breathing by assisting your body’s natural cleaning process.

AirPhysio’s goal is to empower you to change your life and gain a better understanding of your condition. Their portable, long-lasting, drug-free device clears mucus, which promotes optimal hygiene in the lungs and restores lung capacity. It helps reduce breathlessness during exercise, increase exercise tolerance, and speed up recovery times after working out.

“We really want to help people breathe easier, naturally,” says Paul O’Brien, Managing Director of AirPhysio. “We want to help turn back the decline of lung function in respiratory conditions and make sure those suffering from these conditions are educated properly, so they can gain a better understanding of their condition and how to treat it. Working with AsSeenOnTV.pro has been another opportunity that allows us to empower people to help them change their lives for the better.”

As part of its DRTV campaign with AsSeenOnTV.pro, OPEP Device will be appearing in 60 second spots set to air nationwide and feature the original Shark himself, Kevin Harrington. AsSeenOnTV.pro is comprised of an award-winning team of producers, writers, videographers, and editors as well as industry veterans dedicated to finding the latest, most innovative products and ideas, and putting them on the DRTV map.

For more information on the OPEP Device, please visit http://www.airphysio.com.