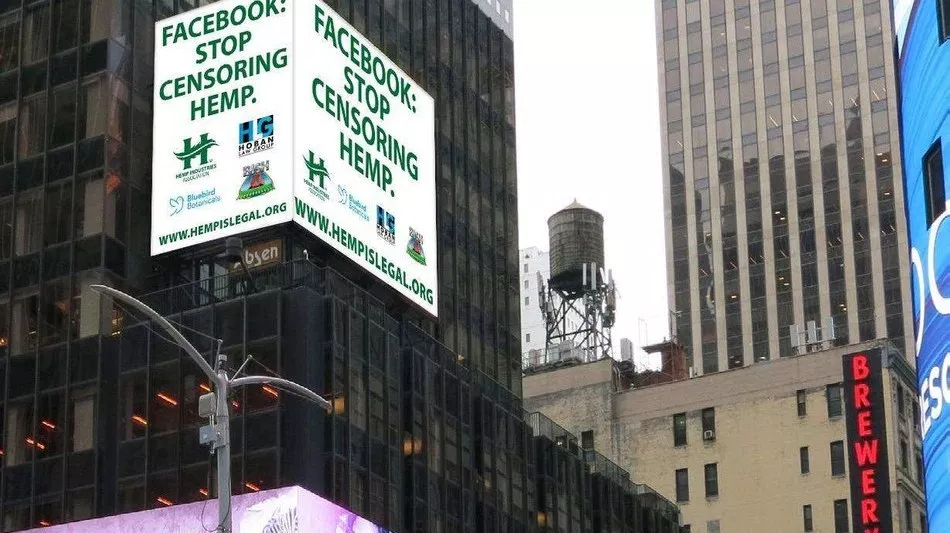 The Farm Bill, passed in late 2018, effectively removed hemp from the DEA’s list of controlled substances. Hemp is no longer “scheduled”, in other words, and can be legally cultivated according to regulations put in place by the U.S. Department of Agriculture. For all intents and purposes, hemp is a legal material to both grow and possess – so why are businesses attempting to advertise it on Facebook running into serious issues?

When hemp was descheduled, many business owners specializing in the substance believed that they’d finally have a chance to easily advertise their companies. Unfortunately, that hasn’t turned out to be the case. Facebook, which uses a recently-unveiled AI technology to recognize “forbidden” and otherwise illegal images on the site, has been removing hemp advertisements almost indiscriminately. It appears
that the technology recognizes “hemp” as “cannabis” and has ruled the later unilaterally against its terms of service. The issue, of course, is that not all cannabis is considered, by the government as well as consumers, to be a drug. And removing ads pertaining specifically to hemp is creating issues for business owners.

Hemp Industries Association, partnered with Bluebird Botanicals, Hoban Law Group, and Bish Enterprises, has recently launched a campaign to help bring awareness to the plight of hemp entrepreneurs. Their ultimate goal is to change the way Facebook censors ads to stop the automatic and rampant removal of hemp marketing. Advocates and supporters can visit HempIsLegal.org for additional information and advocacy opportunities.