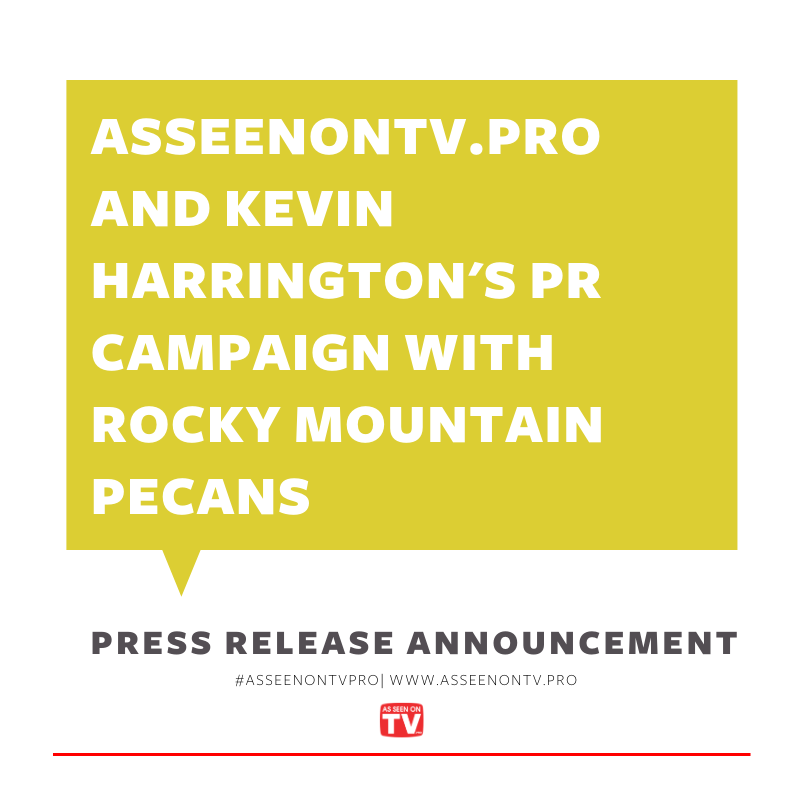 “If you like pecans, you’ve got to try Rocky Mountain Pecans,” Harrington begins. “Made from freshly harvested pecans and honey, each batch is hand-mixed using only the highest quality natural ingredients.”

As the inventor of the infomercial and founder of As Seen on TV, Kevin Harrington has launched some of the best-selling DRTV campaigns in history. Since producing his first thirty-minute infomercial in 1984, Harrington has been involved in over 500 product launches that have resulted in over $5 billion in global sales.
.
“They’re rich in vitamins, minerals, and fiber, and don’t contain anything artificial,” Harrington reveals.

“As they’re roasted to perfection on the Front Range of the Rocky Mountains, the natural oils are released to blend with honey and spices, giving you a unique taste, which isn’t too sweet or salty,” Kevin states.

“Did you know that in Southern States, pecans are considered prized gifts for friends,” Harrington asks in the video. “Carefully packaged and sealed for freshness in two-ounce bags, they are perfect for individual gifts, especially during the holiday season.”

Harrington’s testimonial video about Rocky Mountain Pecans is scheduled for release across social media platforms, digital channels, and streaming services as well as http://www.RockyMountainPecans.com and http://www.khbrandresponse.tv.

About Shark Discoveries
Headquartered in South Florida, Shark Discoveries is a full-service production, branding, and marketing company that specializes in brand response television, including Celebrity Influencer Videos, and brand building. Based out of a 25,000+ sq ft, state-of-the-art studio, the company’s creative team handles every aspect of production from script to screen to airing.

About Rocky Mountain Pecans
Rocky Mountain Pecans was started in Fort Collins, Colorado by a woman who was looking for a low carbohydrate alternative to all the sweets she encountered during the holiday season. She found that the crunchy pecans with hot spices curbed the temptation of sweets.

We craft each unique recipe to compliment the Rocky Mountain taste. Each batch is hand-mixed using highest quality ingredients. The aromatic spices meld slowly in a warm oven, and then they are carefully packaged and sealed for freshness.