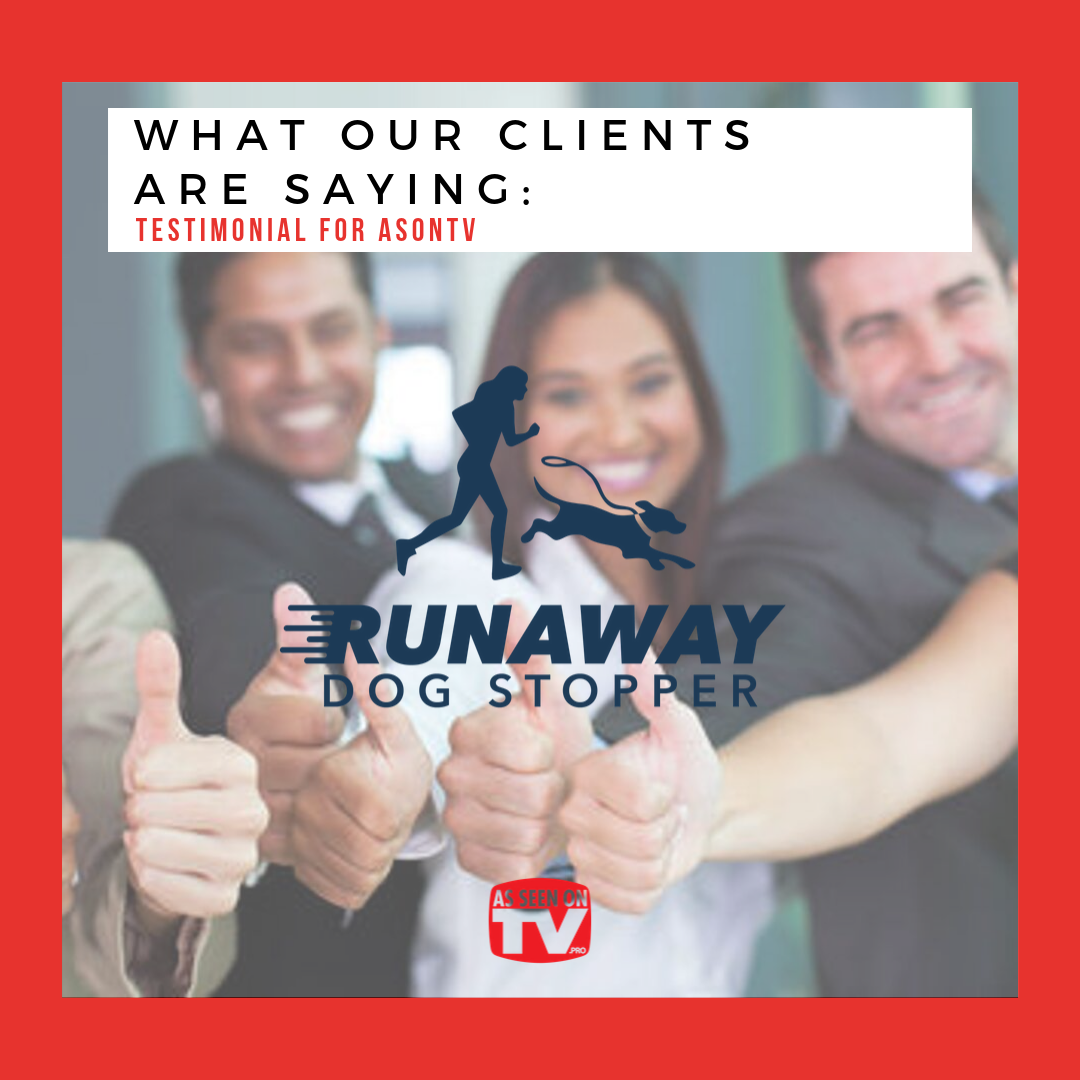 Our story is one that for a long time appeared to be only a dream, but with the guidance of the AsSeenOnTV.pro people, success is now a real possibility. My best friend Tom who, over the years has enjoyed tinkering with inventions, came up with an incredible new product for the pet industry, and asked me to help him get it to market. Even though I had been in business for over 30 years, I had never ventured into retail nor done anything in the pet industry.

Over the next 12 months we did extensive market research to see ifour product was viable, eventually filed for a patent, then located a manufacturer and a packaging company, and officially launched the Amazing Dog Stopper in March 2017 at the Global Pet Expo in Orlando where it was well-received. We made sales to small pet shops, pet boutiques, small pet supply stores, specialty shops, a dog training academy, and even a dog spa/hotel. We made hundreds ofsales on Amazon. That was the exciting news. However, no matter what we did, no matter who I talked to, we were unable to get into the front door of a national retailer. The reason we always heard was because the big retailers expected US to bring our product to the attention of the buying public. As we were told, we could have the greatest product in the world but, if the public doesn’t know about it, then no one will go into the store to buy it. Being new to all this, we were at a loss as to what exactly should be done. We advertised in a major pet magazine, did some media marketing on Facebook, and had a front-page story run in a local newspaper. What else should we do? We didn’t have a clue. To make matters worse, we did not know anyone we could ask for advice. Then we got very lucky. A Project Manager for AsSeenOnTV.pro found out about the Amazing Dog Stopper, and called to ask ifwe might be interested in doing an AsSeenOnTV.pro commercial. I quickly said yes.

Immediately our frustration disappeared because it was obvious from the start that the AsSeenOnTV.pro people knew what they were doing. We had a small budget for advertising. AsSeenOnTV.pro
appreciated that, did not try to convince us to spend more, and created a first-rate commercial within that budget. Recognizing that we were inexperienced, they provided extensive guidance, assistance, and support in a friendly and professional manner. In every aspect of the commercial, we were made to feel like we were their biggest client. Most importantly, Kevin Harrington himself worked with us. He wasn’t just a “name” but actually did a lead-in on the commercial and encouraged us to use his name in all our advertising. Bottom line is that the AsSeenOnTV.pro people always conveyed an attitude that they would do whatever they could to enable us to be successful. Their actions consistently supported their attitude.

But, even with all the AsSeenOnTV.pro people were doing for us, the biggest obstacle that we still needed to figure out was how to get access to the key decision-makers inside the national retailers. It was at this point, after the commercial was done, that we were invited to the Innovator’s Think Tank to meet several of their advisers who would be able to uniquely evaluate our product and provide direction. Once again the AsSeenOnTV.pro people came thru.

Based on their experience, all the advisers provided us with insight on what had to be done to impress the national retailers, and that was when the re branding began with one of the advisers. He and his team came up with a more marketable name, Runaway Dog Stopper, created a new and more appealing look for the packaging, and upgraded our website. Of course, changing the name meant that a significant portion of the commercial would have to be redone. Not once did we hear any complaints or moaning from anyone at AsSeenOnTV.pro, and the commercial was redone at a significantly reduced cost. What was so surprising is that, even aHer the remake of the commercial was done, everyone remained committed to helping us in any way possible. One person in particular who we will forever be indebted to is Lisa Vrancken. She has consistently introduced us to contacts who could help get the Runaway Dog Stopper into the marketplace. Recently, Lisa put us in touch with an experienced public relations expert to assist us with our social media marketing and video digital marketing which is a necessary ingredient for the national retailers.

Moving forward, the Runaway Dog Stopper is now poised for entry into the marketplace on a national scale. The commercial will begin airing later this month, as will our social media marketing and video digital marketing. The contacts from AsSeenOnTV.pro will soon be presenting the Runaway Dog Stopper to all the national retailers. Nothing is guaranteed of course, but thanks to the AsSeenOnTV.pro people, we could not be in a better place to make our dream come true. In conclusion, we will forever be grateful to the AsSeenOnTV.pro professionals for without them Tom’s creation would’ve just been another great idea that never went anywhere.