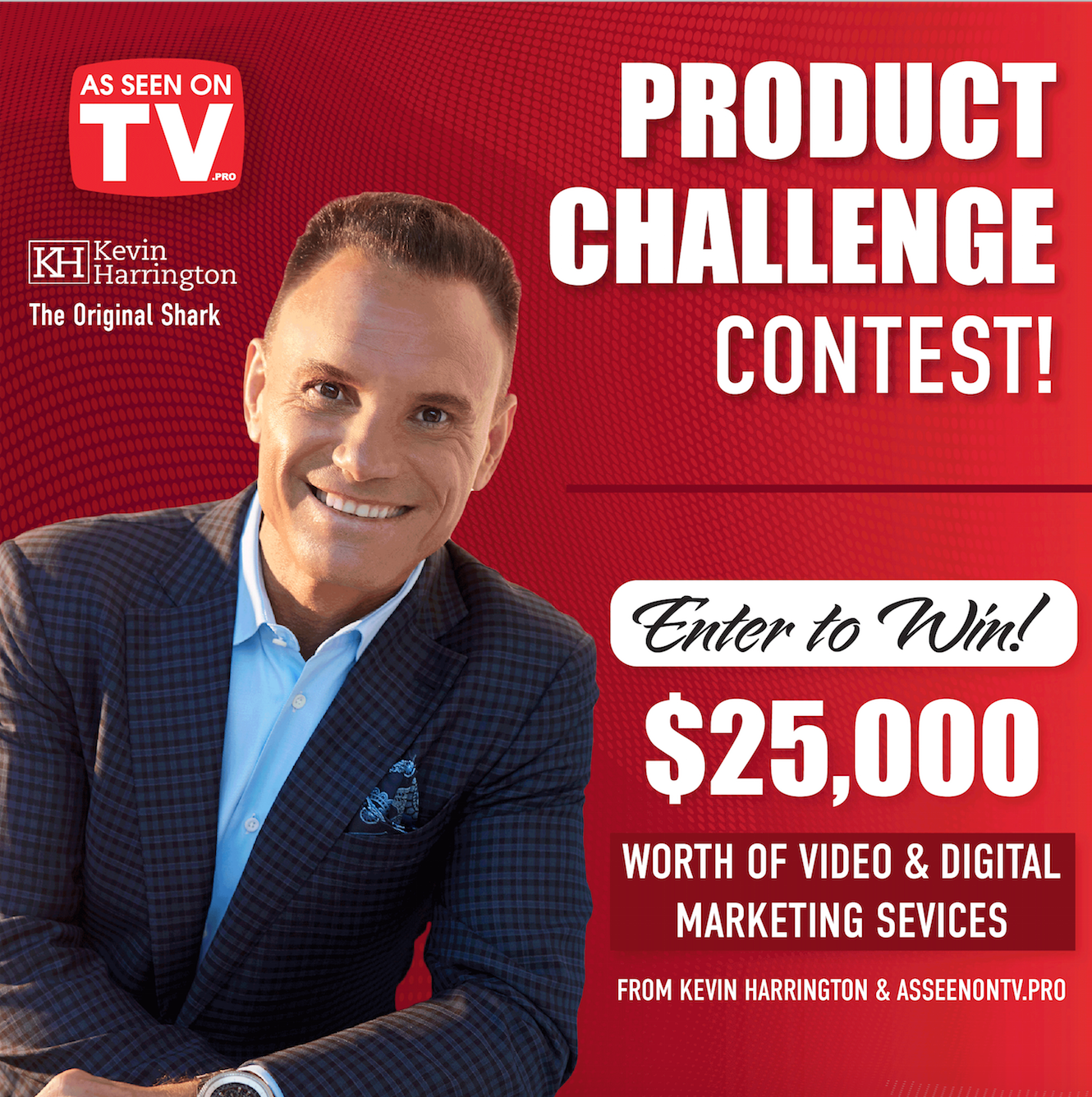 AsSeenOnTV.pro and its Co-Executive Producer, Kevin Harrington, who was one of the original Sharks from the hit reality series Shark Tank, are pleased to announce the launch of a new contest called “The Product Challenge.” The winning entry of this contest will receive $25,000 worth of video and digital marketing services as well as a strategic partnership with Kevin Harrington himself.

In challenging times, it’s important to look for positivity and embrace opportunities. The character traits of entrepreneurs and innovators are that they’re courageous, risk-takers, and willing to overcome any obstacle thrown their way. Dedicated to finding the most innovative products and putting them on the map, AsSeenOnTV.pro wants to spotlight the next best product of 2020 and that’s why they are launching “The Product Challenge” contest. The winner will receive a one-minute celebrity endorsement, which features Kevin Harrington showcasing your product and highlighting the benefits. AsSeenOnTV.pro will also select the best digital marketing channels to get the message of the celebrity endorsement in front of a large targeted audience as well as potential retail buyers.

To enter, go to http://www.asseenontv.pro/submit-your-product/ and send the important information about your product. Also like us on Facebook at http://www.facebook.com/AsSeenOnTv.pro. The deadline for entry is Friday, April 24th. Kevin and his team will select their top three, and then he’ll contact them personally to request product samples and have them each film a two minute video pitch. On Monday, April 27 the three semi-finalists will be announced for the public to vote for the winner. On Monday, May 4, a will winner will be announced.

“I’m so proud to be part of The Product Challenge,” says Kevin Harrington, Co-Executive Producer of AsSeenOnTV.pro. “It almost feels like a virtual Shark Tank!”

“During the current climate, we’re looking for creative ways to empower entrepreneurs,” says Douglas Scott, Executive Producer at AsSeenOnTV.pro. “And one of the ways we want to be able to help is by gifting the product winner this amazing opportunity for a strategic partnership with Kevin Harrington.”

Lisa Vrancken, Executive Vice President at AsSeenOnTV.pro shared, “We’re always in search of the next great product and we’re excited that this contest can help us find our next star who we can guide on the upward trajectory of success!”